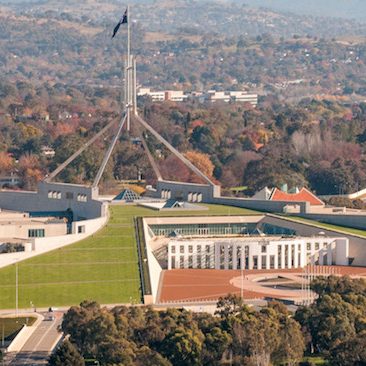 Canberra: Australia’s national capital. Established in 1913, the city was created as an entirely planned city outside of any state, to be the seat of government in Australia. A visit to Canberra entails an informative day tour from Sydney for those interested in the history of the country as well as its highest calibre of art and museums. Designed by a contest winner, Walter Burley Griffin, Canberra’s design features geometric themes and is based on two main axes aligned with mountains surrounding the city.

Upon arriving in Canberra learn about Australia’s wartime history on a guided tour at the Australian War Memorial, a marvellous wonder that pays tribute to those who have served and fallen for their country. Each of the wars in which Australia has fought, commencing with the Boer War, are remembered with monuments at the Memorial.

Depending on your tastes and interests, there will be an opportunity to explore the National Gallery of Australia, National Portrait Gallery, or the National Museum of Australia – your guide will be able to provide insight on the specific exhibitions featured at each. If something more active is to your taste, a bike ride around the central Lake Burley Griffin is a marvellous way to see Canberra’s open spaces and parklands.

Canberra has as come unto its own in recent years as a powerhouse of food and wine; for lunch today, you’ll enjoy exquisite local produce at local hotspot Otis Dining Hall in trendy Kingston.

In the afternoon, discover both the New and Old Houses of Parliament in Australia. On a guided tour you’ll discover the upper and lower chambers, the Great Hall, Marble Foyer and highlights of the Parliament House Art Collection – on sitting days you may even get to witness a colourful political character in action!

Scroll back to top